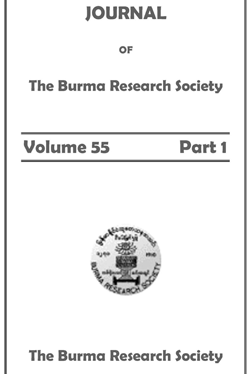 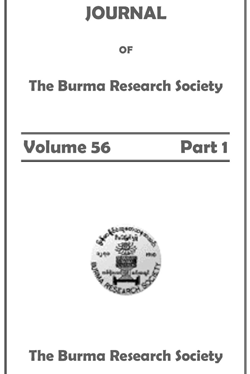 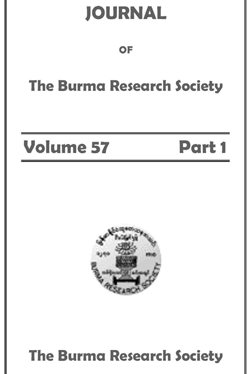 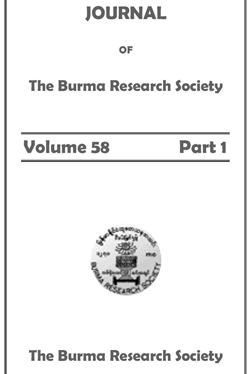 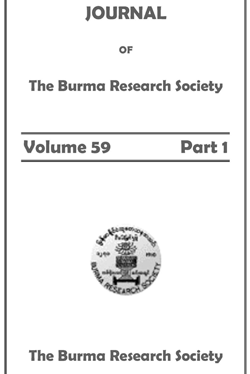 The Journal of the Burma Research Society (JBRS) was the first academic journal devoted to Burma Studies. The journal started in 1911 about the same time as The Journal of the Siam Society. It was published in Burma but is no longer published today.

JBRS had 59 volumes spanning a period of 70 years, with a total of 377 authors writing about 631 subjects. It comprises more than 132 issues with over 1,300 articles (more than 30,000 pages in total), and includes some 500 photos, graphs, charts and maps. Like the Journal of the Siam Society, JBRS was, and still is, the premier research journal on Burma.

JBRS was originally published by The Burma Research Society. From the start, the Burma Research Society represented a fusion of the energy and initiative of a generation of both Burmese and Europeans. These early leading luminaries included John S.Furnivall, Charles Duroiselle, U May Oung, Gordon Luce and U Pe Maung Tin. The society’s meetings and Journal were a forum for enthusiastic debate and research on Burma for seventy years.

The Burma Research Society was inaugurated on 29 March 1910 at a meeting held at the Bernard Free Library, Rangoon. Its aims were “the investigation and encouragement of Art, Science and Literature in relation to Burma and the neighbouring countries”. In 1980, the Society celebrated its seventieth anniversary with a conference at Rangoon University, but was closed down soon after and its Journal ceased publication.

Inclusive of comprehensive investigation and encouragement of art, science and literature in relation to old Burma and neighboring countries.

Benefits to the Users

JBRS contains primary source material that is essential for any research on old Burma and new Myanmar.